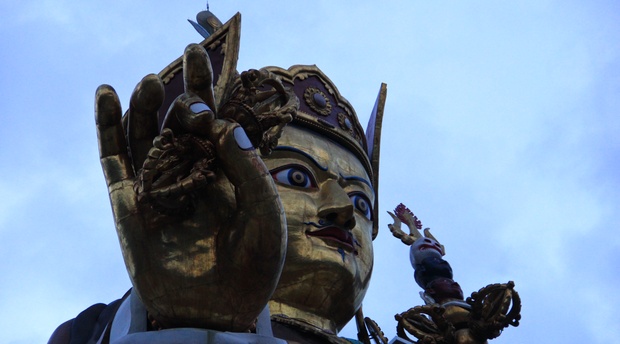 The tiny Himalayan kingdom of Bhutan is located in the mighty Himalayas, between two giant countries of India in the south and China in the North. Bhutan’s rich history can be traced back to the 7th and 8th Century when Guru Padmasambhava visited Bhutan and introduced Mahayana Buddhism.

Until Guru’s visit, the country had been living in the ‘dark’ and the people uncivilized and living in isolation without any social relation amongst themselves. Guru Rimpoche’s visit and his introduction of Buddhism sort of kindled the history of Bhutan.

Following this, Bhutan became the ideal place and a hub for visiting Buddhist saints from India and Tibet. Buddhism originated in India and flourished in Tibet. However, now Bhutan is the last country where Vajarayana form of Buddhism is practiced in all its splendor and glory, as compared to the two countries from where it all started. In the present age, Bhutan is the nucleus for Buddhism and practices.

Buddhism is deeply rooted in the culture and tradition and can be witnessed in the daily life and activities of the Bhutanese people.

Another very important figure in the history of Bhutan is Zhabdrung Ngawang Namgyel. Until the early 17th Century, Bhutan was ruled by numerous local kings, leaders and feudal lords. There were continuous civil wars amongst these warring factions till Zhabdrung Rimpoche intervened and was successful in unifying the country under his leadership. He started the construction of Dzongs (fortress) and these Dzongs served as religious, political and social center. Even today these mighty Dzongs serve the same purposes. Zhabdrung started the Dual System of Administra

tion, wherein, control of the country was divided between a political leader and a religious leader. His death was kept a secret for more than 50 years fearing that the country might once again be de-unified or be attacked by Tibetans. However, Tibetans did attack the country but were defeated all the time. For the next 200 years Bhutan there was continuous strife and civil war and the kingdom was ruled by numerous leaders but none as powerful as Zhabdrung Rimpoche, until the establishment of Monarchy in the early 20th century.

Jigme Namgyel, forefather of the Wangchuck Dynasty is from Dungkhar Choje in Kurtoe, Lhuentse. After Zhabdrung Ngawang namgyel, he emerged as one of the most powerful leader and during his tenure he helped his son Ugyen Wangchuck in consolidating power which ultimately led to the establishment of Monarchy in Bhutan in 1907.  Following several civil wars and rebellions, Sir Ugyen Wangchuck finally defeated his political enemies and united the country under his leadership. In 1904, he was knighted by the British for his services in mediating between the Tibetans and the British during the Younghusband Expedition to Tibet.

First King of BhutanIn 1907, an important year for the country, Sir Ugyen Wangchuck was unanimously chosen as the hereditary king of the country by an assembly of leading Buddhist monks, government officials, and heads of important families. The King of Bhutan is formally known as the Druk Gyalpo -the dragon king.

Druk Gyalpo Ugyen Wangchuck ruled the country for 20 years and was succeeded by his son Jigme Wangchuck. Under the leadership of the first and the second king, Bhutan centralized the government power and established diplomatic relations with India and the British Empire. Initially the British Empire did try to colonize Bhutan, but their armies were defeated by the Bhutanese army and moreover they could not penetrate the thick and dense forests of the southern regions.

Memorial Chorten The third king Druk Gyalpo Jigme Dorji Wangchuck is known as the ‘Father of Modern Bhutan.’ He ruled the country from 1952 to 1972. During his reign, he opened Bhutan’s door to the outside world, started modern development and took the first steps towards democracy and decentralization of power.  Most importantly he put an end to feudalism, slavery and capital punishment.

Forth King of BhutanDruk Gyalpo Jigme Singye Wangchuck is the fourth king and he ruled the country from 1972 till 2008. On 17 December 2005, he announced his intention to abdicate in 2008, leaving the Raven throne to his son. In a royal proclamation, the king announced that he would begin handing over power to his eldest son. Gross National Happiness is the brain child of His Majesty the king, a development philosophy now being imitated by leading nations of the world. 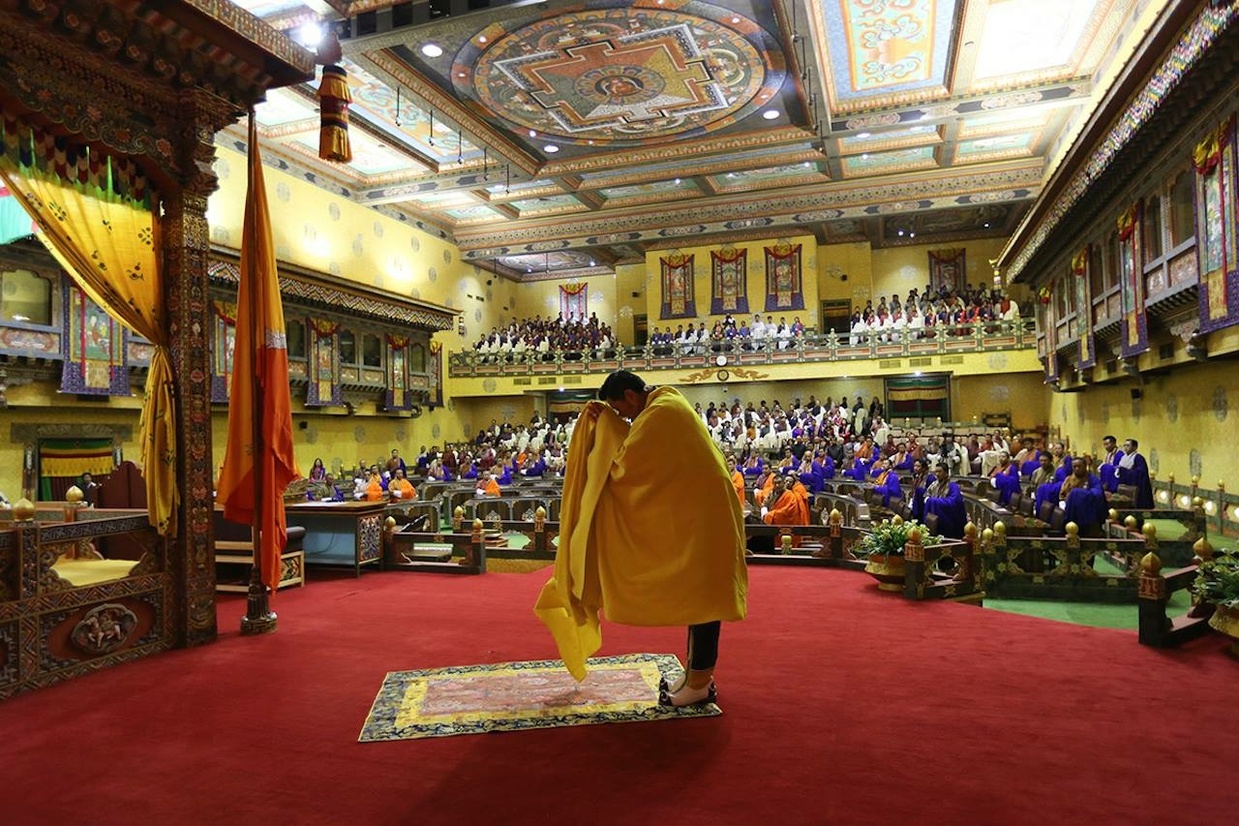 Fifth King of Bhutan His Majesty Jigme Khesar Namgyel Wangchuck  at the opening session of the National Assembly.

Druk Gyalpo Jigme Khesar Namgyel Wangchuck is the fifth and present King of the Kingdom of Bhutan. Even though he became king in 2006, he was officially crowned in 2008. The King married the Royal bride Jetsun Pema on 13 October 2011 in Punakha Dzong. The royal wedding was the largest media event in history of Bhutan. He is the people’s king as he rigorously visits every nook and corner of the country to meet his people to ensure the well-being and welfare of each and every citizen. Just as he is loved and popular in the country, he has also created a stir in the international community for his loving and compassionate character.