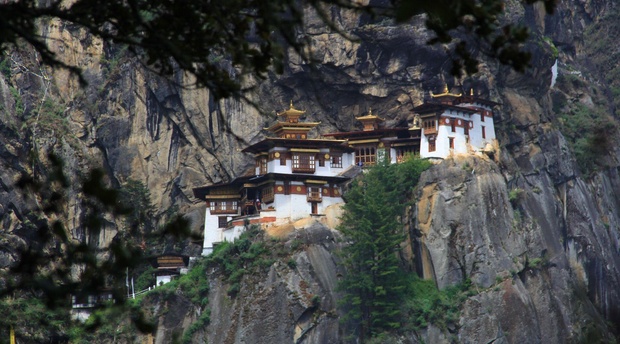 This is a hectic and fast moving tour where in 8 days, you will be driven till Bumthang, the centre of Bhutan and also explore the western Bhutan. This tour will take you through a cultural extravaganza of the valleys of Western Bhutan till Central, Bhutanese cuisine, culture and traditions, stunning landscape and warm and hospitable people.

On arrival at the Paro International Airport you will be met by your guide and driver. You will be driven straight to Wangdue Phodrang via Dochu La Pass  which is about 3150 meters The 108 small stupas built over a small hill is a beautiful sight. Enjoy the spectacular view of the snow capped Himalayan Mountains and as you drive, enjoy the scenic view and the quaint little settlement along the way.

Check into your hotel and relax after dinner. Overnight stay in the hotel in Wangdue.

After an early breakfast drive on to Bumthang Valley thru Pele La pass which is about 3375m approx.  As you drive, you will pass thru Langthel, Rukubji village on the other side of the river, Nika Chu, Chendebji Chorten and Tsangkha Village before the view point of Trongsa at Thowa Dra. From there you can see the Majestic Trongsa Dzong on the ridge. Take pictures and continue your trip further towards Bumthang. Next pass is Yotong La pass which is about 3354m. Then you pass thru Gyetsa, Chumey and Nanger village before you climb up to Kiki La pass which is about 2835m. Finally you descend and approach Chamkhar town under Choykhor valley.

Check in to your hotel and relax after dinner.

Begin your day with a visit to Jakar Dzong – Castle of the White Bird followed by Jambay Lhakhang. This is a 7th century temple built by the Great Tibetan King Songtsen Gampo. From there hike ( optional ) up to Kurjay Lhakhang, blessed by none other than The Great Indian master Guru Padma sambhava in the 8th century. Hike further up to Tamzhing Lhakhang, seat of Terton – Treasure discoverer Pema Lingpa. After that, you can have lunch in a local tourist standard restaurant and drive on to Tang Mebar Tso – better known as The Burning Lake. Your guide will explain in details at the site. Overnight in hotel in Bumthang

Punakha valley was the old capital city of Bhutan and the Punakha Dzong meaning the fortress of Great Bliss was built by 1673 by Zhabdrung Ngawang Namgyel (the first spiritual & political leader of Bhutan) to commemorate the final victory against numerous Tibetan invasions.  Located on a piece of land between two rivers Pho Chhu and Mo Chhu (literally meaning male and female rivers), the Dzong is massive, huge and magnificent in all its architectural grandeur. Although ravaged by flood, fire and earthquake many times, the Dzong was always rebuilt with its original pattern and design. The Dzong has hosted significant events such as the crowning of the first king of Bhutan, The Royal Wedding ceremony of the Fifth King Jigme Khesar Namgyel Wangchuck to Jetsun Pema on 13th October 2011 was conducted in Punakha Dzong and important religious ceremonies are still held in the Dzong.

Walk for about an hour to Khamsum Yulley Namgyel Chorten stupa. It is a beautiful walk through the pine trees, the stupa is stunning and so is the view from there. Enroute you will also be walking through a suspension bridge over the Puna Tsang Chhu – Punakha River.

After visiting the Punakha Dzong/Fortress of Great Bliss, drive to the Nunnery and enjoy the spectacular views of Punakha and Wangdue valleys.

Thimphu is the capital city of Bhutan and is one of the last few capital cities without traffic lights and the traffic managed by traffic policemen. Thimphu is the most populated city with about 100,000 people and truly a combination of the ancient and the modern. While strictly maintaining the traditional style of architecture in modern building, there are also very old temples and numerous monasteries in and around the city, and few discotheques and Karaoke.

Soak in the panoramic view of the Thimphu valley from the site of the gigantic Lord Buddha, a 51 meter bronze Shakyamuni Buddha statue gilded in gold

The beautiful Memorial Chorten/stupa in town is another favorite with the tourists and a regular sight for congregation of devout Buddhists circumambulating the Chorten from dawn till dusk .The main statue of the Buddha inside the Chorten is said to grant wishes for the earnest and honest hearted!

If you want to mingle with the Bhutanese people and jostle with local farmers amongst the aroma of organic fruits and vegetables, the Centenary Farmers Market is the place to be. Smiling tourists watch in awe as locals bargain with the vendors and you could even stock up on your organic fruits for the coming days.

After an early breakfast, drive to Paro and begin Taktsang hike. It’s about 5 hrs round trip. Located around 900 meters above the Paro valley on a precarious almost vertical mountain cliff, Taktsang Monastery is truly a wonderful and spectacular sight in terms of its location, setting and history. In the 8th Century this was one of the major sites where Guru Padmasambhava – the patron saint of Buddhism in Bhutan meditated with his consort Khandro Yeshey Tshogyal. It is believed that Guru flew on a female tigress in pursuit of a demon which he subdued at the current site of the Monastery. It is one of the holiest site in the Buddhist arena and the most important cultural icon in Bhutan.

Lunch at the Taktsang cafeteria or in town (optional). Then visit Kichu Lhakhang and later soak in the warmth of hot stone bath at the farm house. This bath will help you heal all your aching muscles from the days hike. Have dinner with the family and back to the hotel

After breakfast you will drive for about 2 hours from Samdrup Jongkhar to Guwahati International Airport where your guide and driver will bid you farewell. We hope you enjoyed your holiday and hope to see you in Bhutan again.

Book or Customize This