All You Must Know Before You Plan Your Bhutan Holiday 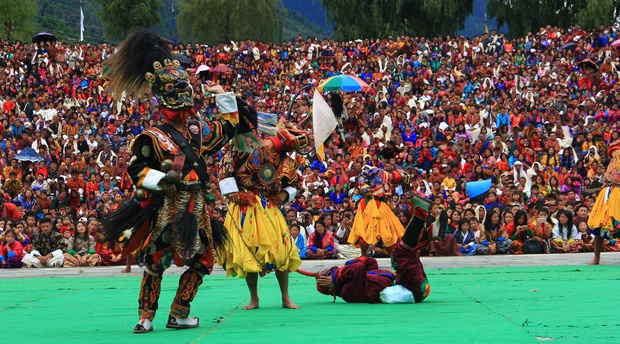 Visitors to Bhutan do not necessarily need medical insurance as, under the Royal Government of Bhutan, health care and medicines are free for the citizens as well as people who travel to Bhutan. Jigme Dorji Wangchuck National Referral Hospital is located in the capital city with all the modern scientific equipment and technology. Every district has its own medical centre and Monggar Regional Referral Hospital in the East is the second biggest medical centre. Basic Health Units are located everywhere, even in the most remote villages and communities. However, it is advisable to carry your emergency aid box, to be on the safer side.

However, if you wish then you can have travel insurance with the Royal Insurance Corporation of Bhutan.

Bhutan’s currency is called Ngultrum and 1 ngultrum is equal to 100 chheltrum. Bhutanese Ngultrum is pegged with the Indian currency- rupees and therefore is exchanged at par. Ngultrum (Nu) is also available in coins in value as high as Nu 5. Currently Nu 48 is the exchange rate of 1 US dollar and the highest recorded rate till date is Nu 52 per US dollar.

Financial institutions in Bhutan have greatly improved over the years and also serve the needs of international banking. ATM services, Western Money Union transfer, exchange of travelers cheques, internet and SMS banking are available at all the Banks and financial Institution of Bhutan. Credit and Master Cards are accepted at the selected handicrafts Souvenirs, shopping mall and star rated hotels.

However, you are suggested to carry cash especially when you go out of the cities and towns. People of Bhutan are hospitable and all the times with smiles and apart from buying beautiful handmade handicrafts, you might be inclined to leave behind a little amount of cash for their warm hospitality.

Major part of the kingdom of Bhutan is lighted by electricity that is green and generated from hydro power. It runs on 220/240 volts with round two-pin and three-pin power outlet.

Bhutan is well connected with telecommunication facilities. Major towns have internet cafes and IDD calling booth where you can call or message. Internet facilities are also available at Hotels and Cafes in almost all the towns. Mobile and cell phones are used widely in the kingdom and has international roaming facilities.

If you are planning a Bhutan Travel, 3 to 5 star hotels are available in the kingdom of Bhutan but however, the choices are more in the capital, Paro, Wangdue till Bumthang. Hotels in Bhutan are well maintained and have all the basic amenities. The people are hospitable and helpful and this is ingrained in any part of your trip to Bhutan, be it in a hotel or outside camping. The Tourism Council of Bhutan has already identified hotels and resorts that should be regarded by all tour operators while arranging hotel accommodations for tourists. By paying the minimum tariff of USD 250 it is insured that you will be lodged at hotels three stars and above (depending on your budget).

As you travel to the places outside cities and towns, you will be tempted to camp outside. The fresh air, the silence, the stars and the mysterious sound of a river will tempt you to camp for another night. Bhutan Swallowtail Travel Company has an exclusive and special package for those interested in camping with the latest state of the art tents and campsite facilities.

The Use of Tobacco And Smoking And The Policy

The Himalayan Kingdom of Bhutan is the first country ever to completely ban the sale of tobacco and tobacco products and therefore smoking in public places in Bhutan is illegal.

Only a limited amount of tobacco amount is permissible for any tourist to carry in the kingdom after paying 200% tax. If you are found carrying more than the permitted amount then the tobacco products will be confiscated and you will be arrested. For information, please refer the Tobacco Control Act of Bhutan.

Bhutan is a photographer’s paradise and you need not be a professional photographer to get picturesque post card pictures of Bhutan. All you need is a camera and you can start clicking away the best pictures be it the Himalayan ranges, the clear sky, the flutter of colorful prayer flags, mountain peaks, smiling faces and many more. Bhutan is an idle place for professional Photographers and if you are then you can expect to get numerous masterpieces. The massive fortresses, the sacred monasteries, rich and traditional art and architecture, and smiling faces are some of the scenes you may not be able to avoid.

You can have a grand treat of photography during outdoor sightseeing but you must consult your tour guide for indoor photographs. Bhutan, by law restricts photograph of certain places and monasteries in order to retain its age old national and religious values.

However, do not forget to capture the rural life, rare flora and fauna and the Bhutanese architecture uniquely spread from plains in the south to the peaks of the Himalayan Mountains in the north.

Your Tour Guides and Interpreters While Travelling to Bhutan

The minimum government regulated tariff fee that any tourist pays also includes the facility of interpreters and guides. They are trained, licensed and well versed in the Kingdom’s history and possess good communication skills.

You can avail mostly English speaking guides but tour operators and travel agents can also arrange Japanese, Thai and other language speaking guides too, if asked in advance and at an additional cost.

The dressing Code and Conduct While Travelling in Bhutan

You will be informed by your guide on the code of conduct to be followed by all the visitors especially when visiting monasteries and attending religious functions. You will be expected to dress modestly and remove your caps as you enter through government premises and areas where the national flags are hosted.

You are also to note that Bhutan having oscillating weathers from hot and humid atmosphere of the south to the cool and freezing mountain air, it is advisable to carry all weather clothes.